University of Bath: The Hebron and Medlock Professor of Information Technology 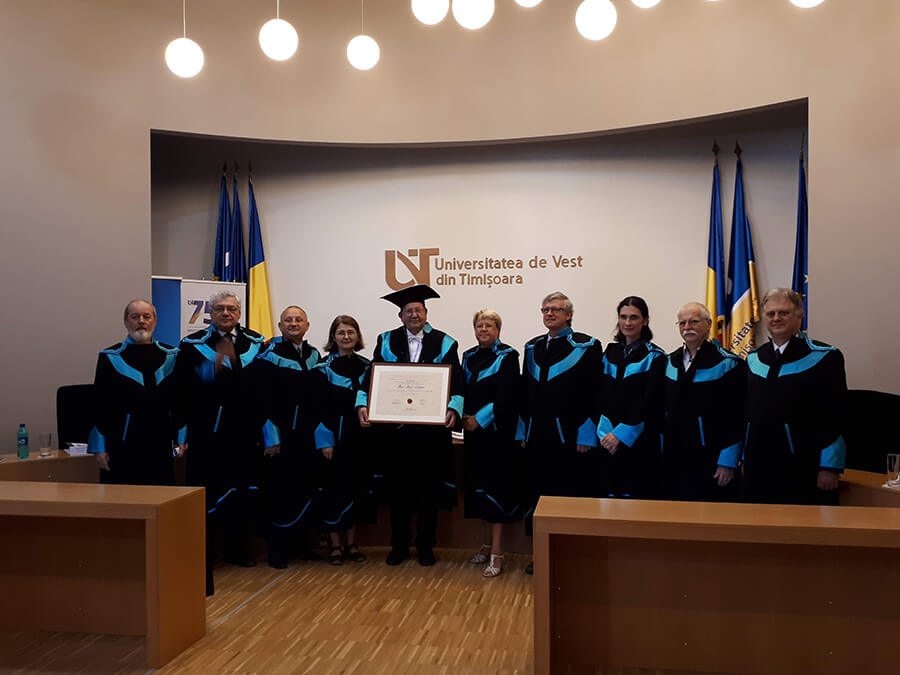 Project: The Hebron and Medlock Professor of Information Technology

In 1985 the Medlock Charitable Trust gifted the University of Bath with an endowment to fund a new chair – the Hebron and Medlock Professor of Information Technology.

James Davenport was appointed to the role the following year tasked with growing and developing the University’s computing department.

He joined a team of just six staff making up the smallest academic group in the School of Mathematical Sciences, leading the School between 1991 and 94. Now 30 years on, the Department of Computer Science boasts 41 staff and is still growing.

Stepping up to the then Vice-Chancellor’s challenge to ‘develop academic quality assurance’, Professor Davenport was instrumental in building the structures and processes that saw the University successfully through its first academic audit. This provided the momentum that led to Bath achieving a gold award in the Teaching Excellence Framework (TEF) in 2017.

In 2011, when two students set their sights on the International Collegiate Programming Contest for universities, Professor Davenport took them to the Northwest Europe semi-final.

Britain was very under-represented in the competition at the time, sending only five teams with no organisation or internal structure. Professor Davenport worked with others to launch a UK and Ireland contest which fed into the Northwest Europe competition. This has now grown to 140 teams competing from 20 universities across the UK and Ireland with 30 of these teams attending the 2019 semi-final.

The semi-final competition was hosted at the University of Bath in 2016 and 17 when more than 400 students and coaches competed at 120 computers within the Sports Training Village on campus.

At the 2019 World Finals, Professor Davenport was presented with the Distinguished European Leadership Award for his contributions to the competition.

When challenged by the Pro Vice-Chancellor for Research to build High-Performance Computing at Bath in 2007, Professor Davenport purchased the initial machine then built a user community, support team and secured Bath’s involvement in the award-winning regional machine Isambard. He is currently leading the investigation of a cloud solution to the future provision of High-Performance Computing.

Scroll back to top

This website uses cookies to improve your experience while you navigate through the website. Out of these cookies, the cookies that are categorized as necessary are stored on your browser as they are essential for the working of basic functionalities of the website. We also use third-party cookies that help us analyze and understand how you use this website. These cookies will be stored in your browser only with your consent. You also have the option to opt-out of these cookies. But opting out of some of these cookies may have an effect on your browsing experience.
Necessary Always Enabled
Necessary cookies are absolutely essential for the website to function properly. This category only includes cookies that ensures basic functionalities and security features of the website. These cookies do not store any personal information.
Non-necessary
Any cookies that may not be particularly necessary for the website to function and is used specifically to collect user personal data via analytics, ads, other embedded contents are termed as non-necessary cookies. It is mandatory to procure user consent prior to running these cookies on your website.
SAVE & ACCEPT